A social story about how and why people tell jokes, & a fun, illustrated, interactive tool for telling knock knock jokes. 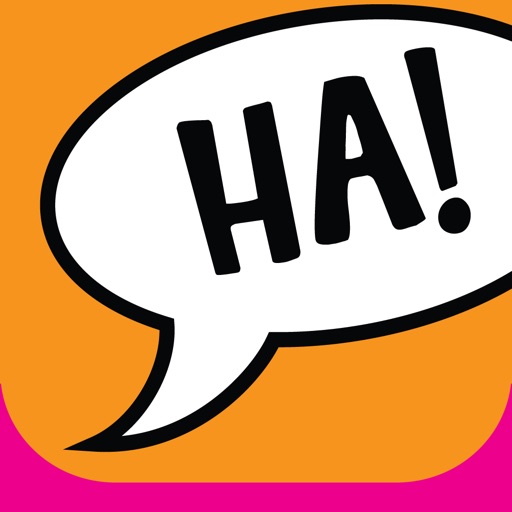 This app includes a social story about how and why people tell jokes, and a simple visual/audio support for telling knock knock jokes. The story focuses on why it’s important to tell people jokes, why a joke is funny, and how you tell a joke.

The app opens up to a menu that lets the user choose to either read the story or go to the “jokes” page. The social story describes why someone tells a joke, how to tell a joke and what makes a joke funny. The “jokes” page opens up with a door. The user “knocks” or taps on the door twice to start the joke. There are 9 fun and funny jokes to tell with great illustrations.

Telling jokes is an important developmental skill that allows children to improve communication while connecting socially with others. Humor is especially important for children with autism because studies have shown they often exhibit delays in relating to their peers, in standard cultural conventions and in understanding the emotional states and intentions of others.

Humor is a huge part of cognitive and social development, and children with autism tell significantly fewer jokes than their typical peers. The skills necessary for joke telling, such as language skills and the ability to connect with others are often found to be lacking in people with autism.

Typical children usually develop an understanding of humor and joke telling without direct instruction from adults. This makes it is easy to forget that this may not be the case for everyone. Certain individuals, particularly those with social or communication delays, like someone diagnosed with an autism spectrum disorder, may need more direct instruction in this important skill.

Not being able to understand humor, or inspire laughter in others can negatively affect the development of relationships, and of cultural participation. With children with autism, this could lead to a further deterioration of social skills and interpersonal relationships

Studies have found that interventions aimed toward children diagnosed with autism that use jokes or teach humor and laughter can improve social skills and relationships with peers. The jokes that are learned in this app can be used to inspire laughter and friendship in any social situation.

Teaching social skills such as joke telling and humor to any child may be easier and less stressful when visual supports, like social stories are used.

Social stories are an important type of visual support often used with children diagnosed with an autism spectrum disorder, Down syndrome or other special need. This social story uses simple text and descriptive pictures to describe why and how you tell a joke.

Social stories were first defined by Carol Gray in 1991 and are commonly used to break down a task or social situation into small and easy to understand steps, often accompanied by descriptive pictures. Social stories are easy to implement and are used by many professionals for a wide range of behaviors and skills.